“The artist must train not only his eye but also his soul.” — Wassily Kandinsky.

If you are the type of person who considers learning a must in life, then you will love to always include new arts and crafts techniques to your list. As an illustrator and designer myself, I am always looking forward to learn new things, especially if the technique will add more value to my artwork. When I was studying I learned many things, and with the years I have been able to experiment with color palettes, tools, textures, mixing different techniques; but if there is one that I connected with from the start, that has to be pointillism (or dotwork). It is been one of the reasons why I have been able to find focus in my life easier, the time I spend with markers and a piece of paper in which I create a piece dot-by-dot has allowed me to unlock levels of patience, but mostly of inner peace. I share this as I have heard countless times, “I do not know how you are able to do that, I begin to commas after the second or third dot.” Which to me is funny, of course. I do also understand why people say that, pointillism is not an easy technique –unless you truly put yourself into doing it, and connect with it. As any other artistic movement, pointillism has its history, and with it artists that were known for their art work pieces.

“Originating with Impressionist masters, pointillism relies on using tiny dots of varying colors to create depth in a work of art. By doing so, the artist is able to create incredibly subtle variations in color that would have appeared otherwise clumsy. Especially popular during the 19th century, the style is considered part of the Post-Impressionist period, a movement that continued many of the ideals of Impressionism – namely the ability of the artist to place what appears in the mind’s eye on canvas for the viewer. Such an emphasis on color comes at a substantial cost in terms of shape and movement. Only a handful of works were able to avoid the appearance of stiltedness, and practically every Pointillist work looks posed, unlike many of the earlier Impressionist works, which seem to capture a moment of life untamed.” – Study.com (source of simplified definition).

Back in the day, pointillism was mostly done with paint and a brush; today we can create pointillism with markers as well. When I learned the technique, I used fine point markers of different sizes. However, I would like to mention, one of the most famous artwork pieces done in pointillism was created by French artist Georges Seurat. It is called, “A Sunday Afternoon on the Island of Grande Jatte.” It is by far, the most used example when talking about pointillism. You can appreciate his piece below.

I have honestly never tried to do pointillism using paint and brushes, but it is on my list of things to do and try. I know, you may wonder why am I doing this -Do It Yourself- post then, and I will tell you now. As I mentioned before, when I learned this technique, I was taught how to use different fine point marker’s sizes; and with time I learned how to do it using only one size of fine point markers. These markers are also known as Fineliners. On this tutorial, I am going to show you the process behind making a piece of pointillism artwork. It will be very simple and I will use black ink only. But before we jump into the step by step, I would like to show you fine point markers and the different tip sizes you can find and therefore use.

When you have it done, you can add something to create a background for it; it could be done in the same pointillism technique or any other way you may desire, also you can use colors if you want. 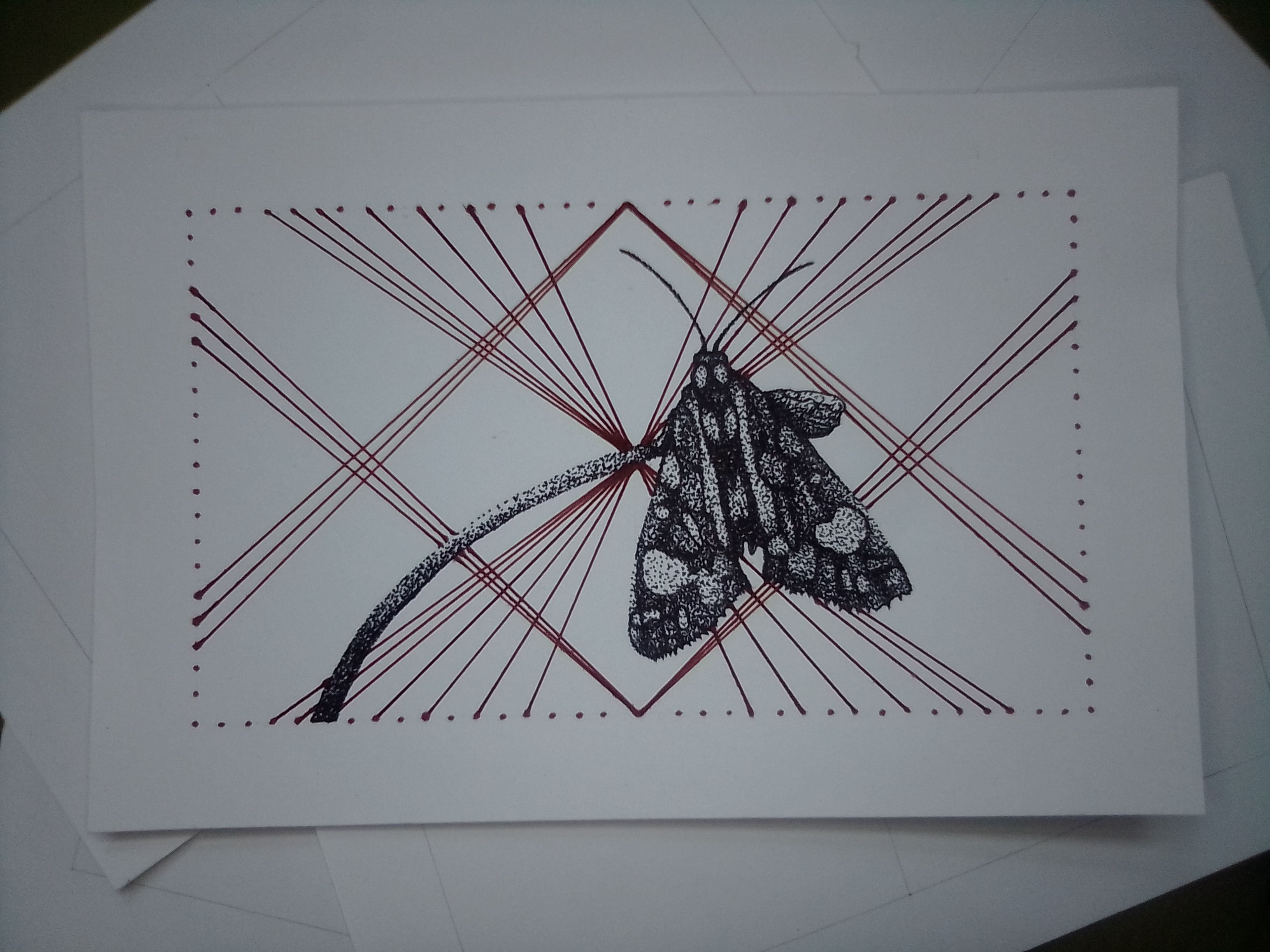 “Everything starts from a dot.” – Wassily Kandinsky.